Hailed by Washington Post as “among the most gifted guitarists on the planet” Polish guitarist, Marcin Dylla is a rare phenomenon in recent history of Classical Guitar. Many music critics, connoisseurs and music lovers certify that Marcin Dylla is among the world’s elite of classical guitar players. He has earned this position, among others, to unparalleled number of awards including 19 First Prizes from 1996-2007 at the most prestigious international music competitions around the world. His last triumph was the Gold Medal of the ‘2007 Guitar Foundation of America International Competition’ in Los Angeles known as the most prestigious guitar contest in the world followed by tour of over 50 cities in North America, Mexico and Canada during 2008-09 season, live recital video recording for Mel Bay Publications and CD recording for Naxos that reached the Naxos ‘Top 10 Bestselling Albums’ in September 2008. His live recital DVD “Wawel Royal Castle at Dusk” was nominated for 2010 Fryderyk Award (equal to American Grammy) in the category of Solo Classical Music Album of the Year.

He has appeared in a number of distinguished concert halls such as Konzerthaus, Musikverein and Palais Lobkovitz in Vienna (Austria), Auditorio Nacional and Auditorio Conde Duque in Madrid (Spain), St. Petersburg Philharmonic Hall (Russian Federation), Kleinhans Music Hall in Buffalo (USA), Villa Hügel in Essen (Germany) and the Palazzina Liberty in Milan (Italy).

Marcin Dylla was born in Chorzow in 1976. He received his first guitar lessons at the Ruda Slaska Music Conservatory in his native Poland. From 1995 to 2000 he studied at the Music Academy of Katowice with Adi Wanda Palacz. He then completed his studies with Prof. Oscar Ghiglia, Prof. Sonja Prunnbauer and Prof. Carlo Marchione at the Music Academies of Basel (Switzerland), Freiburg (Germany) and Maastricht (The Netherlands), respectively. He is currently a Professor at the Music Academy in Kraków and Katowice.

“Dylla clearly understood Ponce’s intentions. His execution reflected a similar understanding (and appreciation) of both the text and spirit of Schubert’s compositions.”

“’Incredible’ is a word used far too frequently these days, but the Polish guitarist Marcin Dylla restored the meaning of the word in an absolutely stunning concert. (…)Large-scale, challenging compositions for solo guitar are not heard often, certainly not performed at this level of seemingly effortless technique and intense artistry. It was clear from the outset that we were hearing a major talent performing music of serious proportions with both impressive technique and deeply musical interpretive skill” 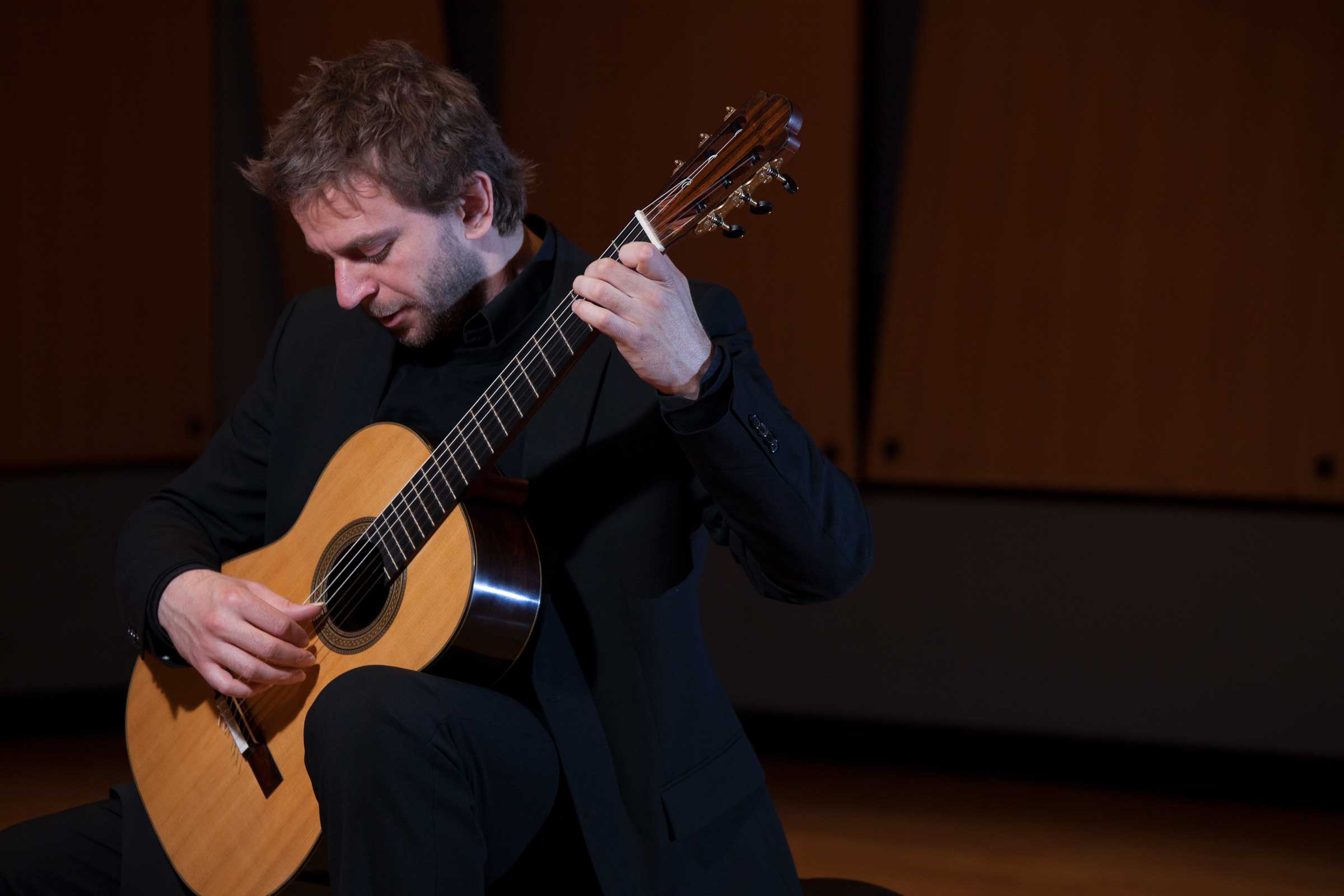 “The exceptional polish artist offered the audience of the city hall a true lesson in the subtle art of guitar playing. (…) the subtle performance of this outstanding soloist was a true pleasure for friends of the guitar.” [Translation by Eva Beneke, DMA]

“If there were any doubt that Dylla ranks among the most gifted guitarists on the planet, they were dispelled on Friday night.”