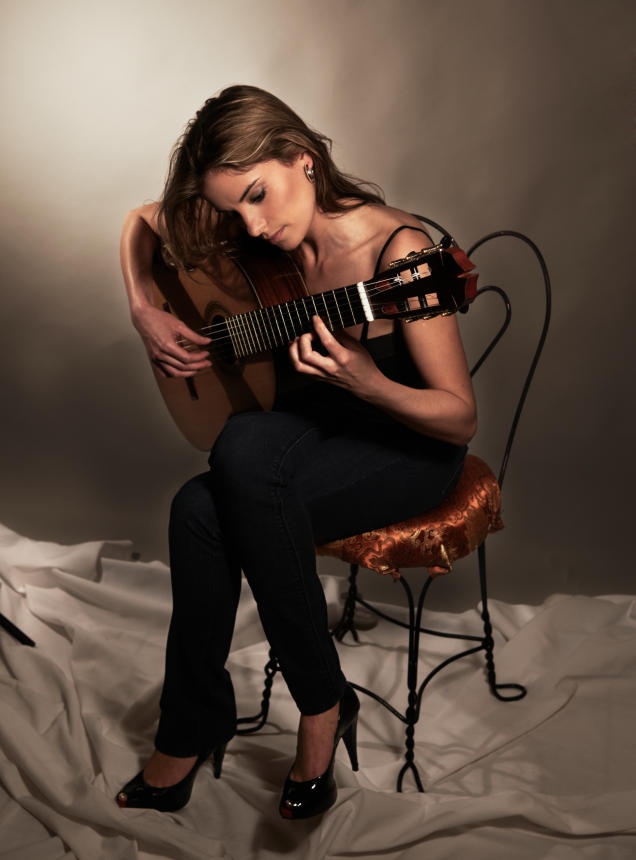 “It is difficult to know where to begin when discussing the enormous talents of Ana Vidovic. Her dynamic range, beauty of sound, precision of articulation and virtuosity are such that listening becomes more of an absolute musical experience.”

Ms. Vidovic has won an impressive number of prizes and international competitions including first prizes in the Albert Augustine International Competition in Bath, England, the Fernando Sor competition in Rome, Italy and the Francisco Tarrega competition in Benicasim, Spain. Other top prizes include the Eurovision Competition for Young Artists, Mauro Giuliani competition in Italy, Printemps de la Guitare in Belgium and the Young Concert Artists International Auditions in New York. In Croatia the guitarist has performed with the Zagreb Soloists and the Zagreb Philharmonic Orchestra and with Symphony Orchestra of the Croatian Radio and Television, as well as having been featured in three television documentaries by the eminent Croatian film director Petar Krelja.

Ana Vidovic comes from the small town of Karlovac near Zagreb, Croatia, and started playing guitar at the age of 5, and by 7 had given her first public performance. At the age of 11 she was performing internationally, and at 13 became the youngest student to attend the prestigious National Musical Academy in Zagreb where she studied with Professor Istvan Romer. Ana’s reputation in Europe led to an invitation to study with Manuel Barrueco at the Peabody Conservatory where she graduated in 2005.

“Ana’s recital was a total pleasure, from her superb musicianship to her warm personality, which shined during both the concert and the post-recital conversation. The audience responded enthusiastically to each piece and kept encouraging her to continue after she completed the program and two encores.”