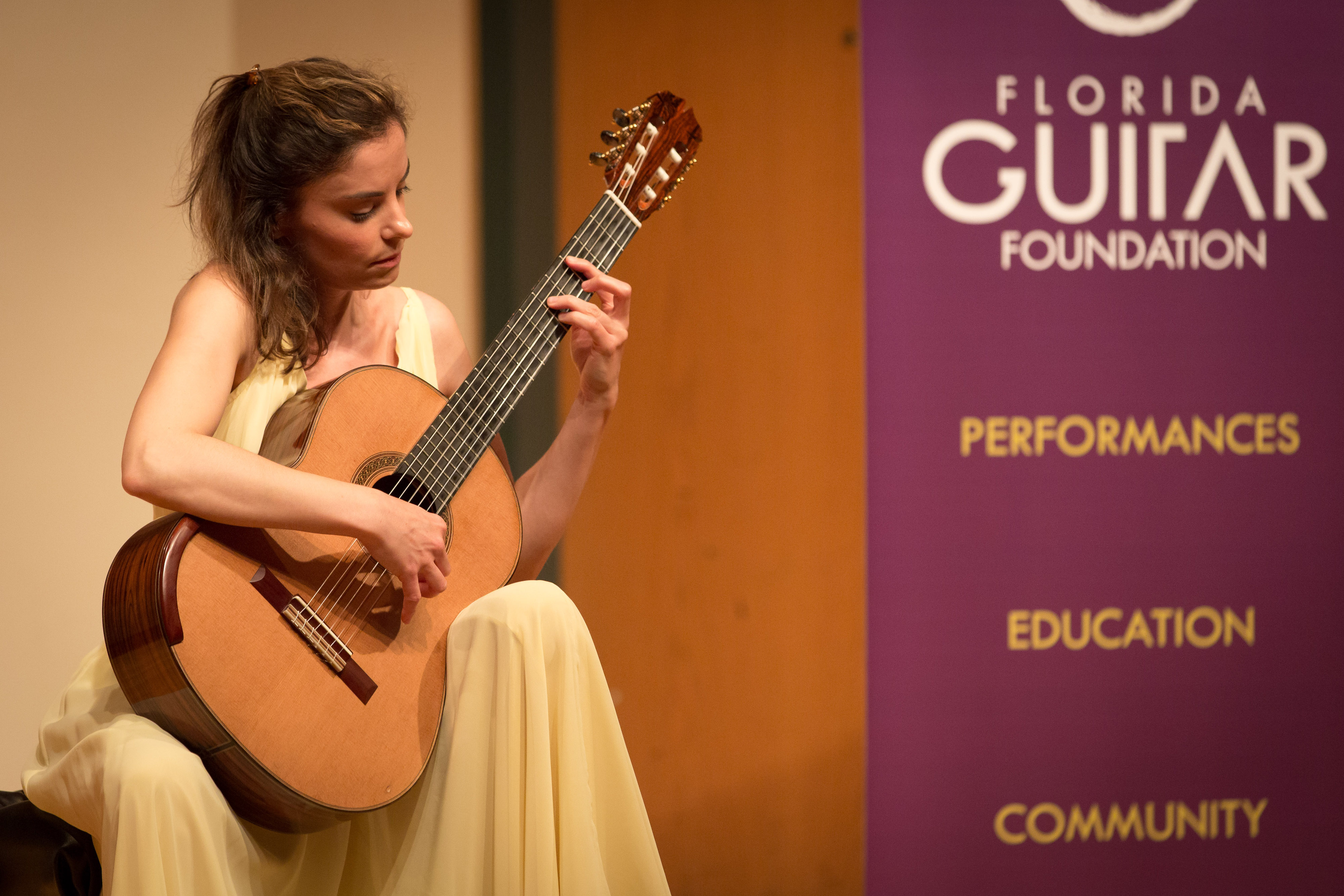 “Ana’s recital was a total pleasure, from her superb musicianship to her warm personality, which shined during both the concert and the post-recital conversation. The audience responded enthusiastically to each piece and kept encouraging her to continue after she completed the program and two encores.”

Ms. Vidović has won an impressive number of prizes and international competitions including first prizes in the Albert Augustine International Competition in Bath, England, the Fernando Sor competition in Rome, Italy and the Francisco Tarrega competition in Benicasim, Spain. Other top prizes include the Eurovision Competition for Young Artists, Mauro Giuliani competition in Italy, Printemps de la Guitare in Belgium and the Young Concert Artists International Auditions in New York. In Croatia the guitarist has performed with the Zagreb Soloists and the Zagreb Philharmonic Orchestra and with Symphony Orchestra of the Croatian Radio and Television, as well as having been featured in three television documentaries by the eminent Croatian film director Petar Krelja.

This will be the third appearance by Ana Vidović for the Florida Guitar Foundation.