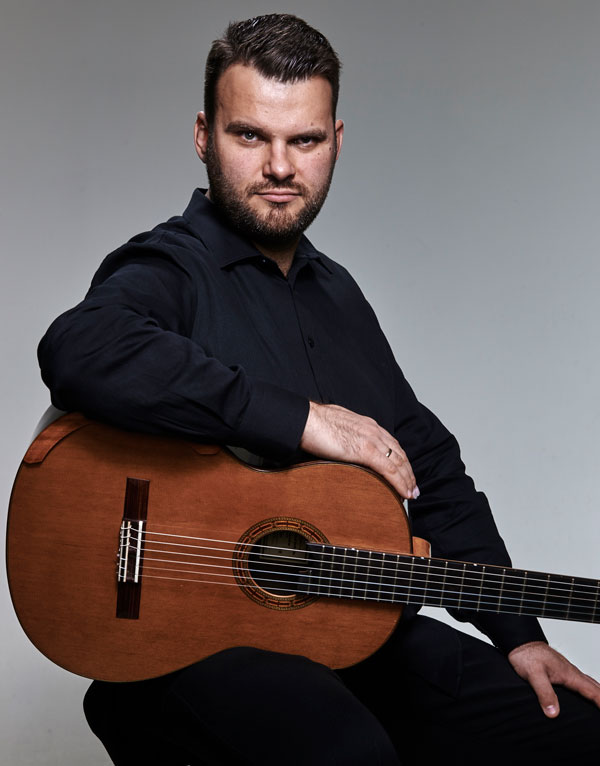 Guitarist Łukasz Kuropaczewski is well on his way to becoming a major figure on the worldwide classical music scene. Born in 1981 in the small Polish town of Gniezno, Łukasz began studying guitar at the age of ten. At 13, his early talent brought him to the attention of the distinguished guitar teaching Piotr Zaleski with whom he studied from 1994-2003.

Upon receiving a Master’s degree from the Academy of Music in Wroclaw, Poland, he traveled to the U.S. on a full scholarship to study with Manuel Barrueco at the Peabody Institute, where he was awarded an Artist Diploma in 2008. During this time, he performed concerts in his native land and around the world, demonstrating his remarkable passion and precision to enthusiastic audiences.

Always in great demand as a recitalist and as soloist with orchestras, he has been invited to perform in numerous festivals in countries including France, Spain, Germany, Hungary, Slovakia, the Czech Republic, Iceland, Greece, Bulgaria, Japan, China, Canada, Mexico, Panama, and the United States. Highlights of his solo recitals include appearances in London’s Royal Festival Hall, the Concertgebouw in Amsterdam, Warsaw’s National Philharmonic Hall, Tchaikovsky Hall in Moscow, and New York’s Carnegie Hall. An avid chamber music collaborator, he frequently works with musicians from his native Poland, as well as the Orion String Quartet, Avi Avital, Chen Reiss, Richard Galliano. 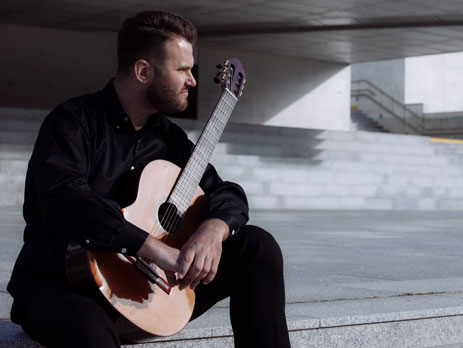 He premiered Concertos by A. Gilardino, K. Meyer, M. Gorecki, A. Tansman (Polish premiere), K. Penderecki (guitar version of Viola Concerto premiere with Sinfonia Varsovia and Maximiano Valdes). K. Meyer and A. Giardino dedicated their guitar Sonatas to Kuropaczewski. In 2015 Kuropaczewski premiered a guitar quintet „Acequias” by M. Neikrug at the Santa Fe Chamber Music Festival and his „Three Pieces for Guitar” at the Baltimore Museum of Art in Baltimore, MD.

Mr. Kuropaczewski was a guitar faculty at University of Pennsylvania from 2008-2010. Currently, he is on the faculty of the Academy of Music in Poznan, Poland, holding a doctorate degree in performance. He is also the artist director of the Polish Guitar Academy Festival held in Poznan every year. He has recorded six CDs to date.