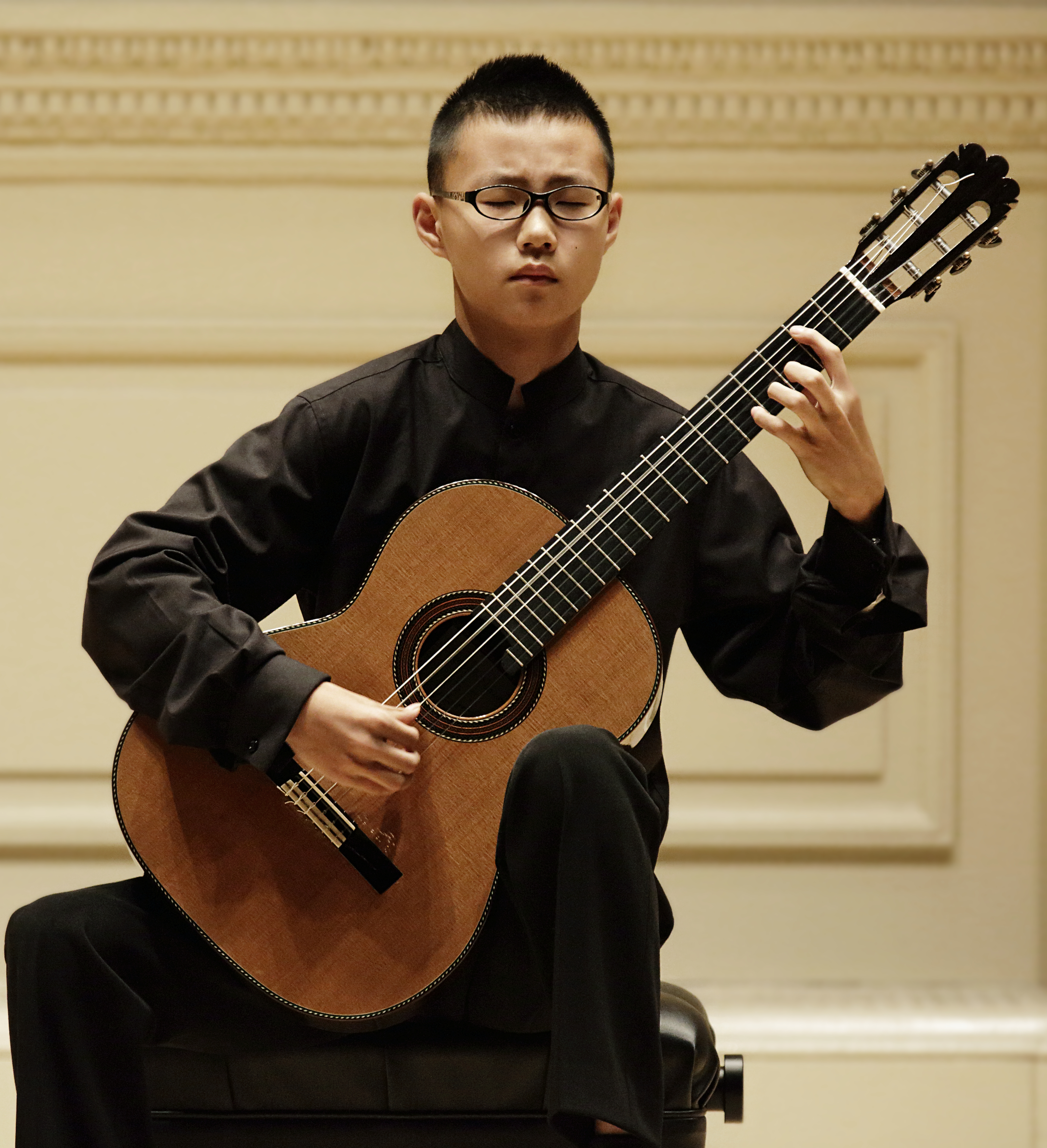 15-year-old Junhong Kuang has achieved tremendous notoriety in a very short amount of time. He began receiving professional training in classical guitar under the guidance of Professor Xu Bao in August 2009. Two years later, he won first prize in the Thailand International Guitar Competition, and shortly after that, he was awarded a prize for best interpretation of a Spanish work and a work by J. S. Bach, at the Iserlohn International Guitar Competition in Germany.

Junhong Kuang has given almost a hundred concerts in his young life, including a New York debut recital at Carnegie Hall Weill Recital Hall, Oriental Art Centre Hall in Shanghai, and Beijing Poly Theatre among others. In August 2014, he was invited to give the opening concert at the Iserlohn Guitar Symposium in Germany.

Junhong has worked with conductors such as Hu Yongyan, Fu Long, Peng Jiapeng, and Chen Lin, and has performed as soloist with the Symphony Orchestra of Dance and Theatre in Beijing, the Xiamen Philharmonic Orchestra, and the Sichuan Conservatory of Music Symphony Orchestra.

This concert is part of only four concerts Junhong will be giving this concert season in the United States. He was accepted into college this fall at the age of 15 and is currently pursuing his Bachelor of Music degree at the Peabody Conservatory of the Johns Hopkins University, under the tutelage of Maestro Manuel Barrueco.