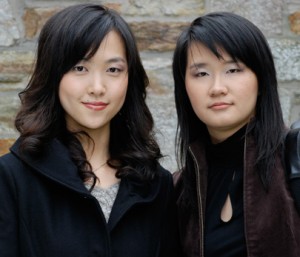 Composed of Meng Su and Yameng Wang, the Beijing Guitar Duo first met at the Central Conservatory in Beijing, China, where they both studied with Chen Zhi. In 2006, the year of their graduation, they met Manuel Barrueco while he was on tour in Hong Kong. At his personal invitation, they applied and were accepted to his studio at the Peabody Conservatory of Music in Baltimore, USA, on a full scholarship. At his recommendation, they officially formed the Beijing Guitar Duo in December 2009.

Each young woman came to the partnership with exceptional credentials, including a string of competition awards. Both were born in the coastal city of Qingdao, in the province of Shandong, China. Ms. Su’s honors include victories at the Vienna Youth Guitar Competition and the Christopher Parkening Young Guitarist Competition, while Ms. Wang was the youngest guitarist to win the Tokyo International Guitar Competition at the age of 12, and she was invited by Radio France to perform at the Paris International Guitar Art Week at age 14. Both young artists had given solo recitals both in China and abroad, and had made solo recordings before they formed the duo.

Among their first achievements, the Beijing Guitar Duo received the Solomon H. Snyder Award, which underwrites the New York debut of select exceptionally talented students. As a result, the duo made their New York debut at Carnegie Hall’s Weill Recital Hall in April 2009 to critical acclaim. It was with this concert that the Beijing Guitar Duo launched their international concert career. This past season took the duo to countries such as Holland, Germany, Ireland, Finland, Croatia, China, and the US. The duo has also toured extensively with their mentor Manuel Barrueco, appearing in such countries as Germany, Finland, Spain, as well as the United States. 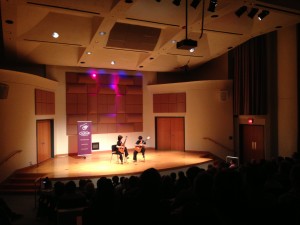 In 2009 the Beijing Guitar Duo released their debut recording, Maracaípe, for Tonar, their exclusive label. The title piece, written and dedicated to them by Sérgio Assad, received a Latin Grammy Award nomination for best contemporary classical composition. Their second recording, titled Bach to Tan Dun and released in October 2011, features music of Bach, Scarlatti, Tedesco, Granados, as well as the world premiere recording of Tan Dun’s “Eight Memories in Watercolor” in an arrangement for two guitars. Future projects include a trio recording with Mr. Barrueco and the duo’s third album.

The Beijing Duo has also been appointed Resident Artists of the San Francisco Performances. This four-year residency brings them twice a year for a weeklong outreach program in the Bay area, with performances and master classes in public schools and the San Francisco Conservatory. Born in the coastal city of Qingdao, in the province of Shandong, China in 1988, Meng Su demonstrated her artistic gifts as an exceptionally talented guitarist from an early age.

Embarking on an exciting guitar career as one of the most outstanding guitarists of her generation, Meng Su began her training in classical guitar with renowned Professor Chen Zhi at the age of nine, where she quickly began attracting attention as a remarkable young talent. Before graduating from the High School of the Central Conservatory of Music of China in 2006, Ms. Su had already won many awards, including the 5th Vienna Youth Guitar Competition, the 48th Tokyo International Guitar Competition, the Christopher Parkening Young Guitarist Competition, and the 2nd Iserlohn International Guitar Competition in Germany.

In her short time as a performing artist, she has performed solo, duo, and quartet concerts across the United States, United Kingdom, Canada, Austria, Germany, Holland, Ireland, Finland, Croatia, Korea, Japan, and China, in which she has impressed audiences with an ability and artistry that exceeds her years.

Ms. Su performs regularly in chamber music setting, both with orchestras as a soloist, this past season she performed the Concierto de Aranjuez by Joaquin Rodrigo and Osvaldo Golijov’s Ayre for a chamber music ensemble.

Meng Su obtained her Performer’s Certificate and the Graduate Performer’s Diploma from Peabody Conservatory in Baltimore, USA, and is currently continuing her studies with guitar virtuoso Manuel Barrueco in the chamber music program.

Ms. Su’s discography includes a live CD and DVD release of a 2005 guitar concert in Korea as well as a release of “Four Angels.” 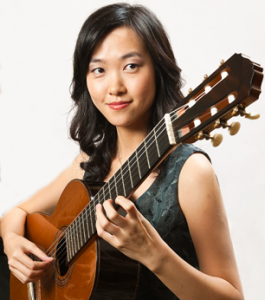 Born in Qingdao, China in 1981, Yameng Wang fell in love with the classical guitar at a young age and began studying with the leading guitar professor in China, Professor Chen Zhi, when she was 10 years old.

After graduating from the Central Conservatory of Music of China in 2006, Ms. Wang enrolled in the Peabody Conservatory in Baltimore, Maryland. There, she finished her Masters of Music degree in 2008 and is currently in the Graduate Performance Diploma program, studying with Maestro Manuel Barrueco.

Ms. Wang has given acclaimed recitals across the US, France, Italy, Holland, Germany, Ireland, Finland, Croatia,, Britain, Austria, Spain, Belgium, Switzerland, Poland, Australia, Japan, and Malaysia both as a soloist and in chamber music setting.

Her first album, “Caprice” was recorded when she was 16 years old. “A Very Special Album” was released in 1999, and in 2003 she contributed GHA’s album, “The Best of Classical Guitar.” In 2005 she released “Classic Guitar – Aquarelle, Un Sueño en la Floresta.”