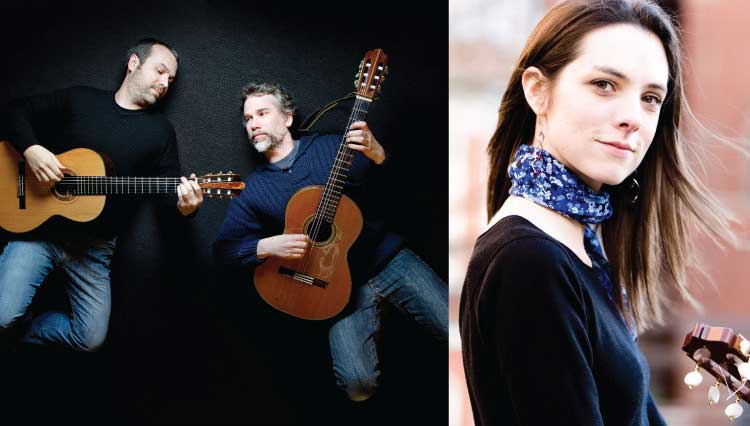 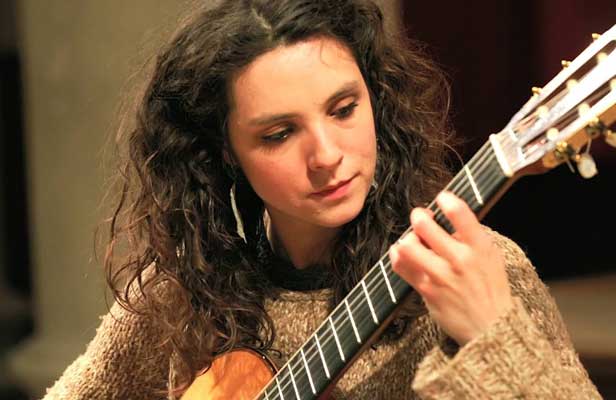 Hailed a ‘string sensation’ by BBC Music Magazine, British-French guitarist and composer Laura Snowden is acclaimed for her ‘poise and intensity’ (Guardian) and playing of ‘extraordinary depth’ (Strings, Classical Music Magazine). The first guitarist to graduate from the Yehudi Menuhin School, made possible by the Rolling Stones, she was invited by guitarist Julian Bream to premiere his latest commissions at Wigmore Hall in 2015 and 2017. Laura’s international appearances have since built rapidly, with festival debuts across Europe, China and the US, as well as concerto debuts with Norrköping Symphony Orchestra and Münchener Kammerorchester, and a recording of Lisa Streich’s guitar concerto Augenlider with the Deutsches Symphonie Orchester.

…a true musician whose interpretative capabilities are profound and exciting.

Laura currently teaches at the Yehudi Menuhin School and has given classes alongside performances at venues including the Royal College of Music, the Royal Welsh College of Music and Drama, Birmingham Conservatoire, Brussels Conservatoire, Uppsala International Guitar Festival, Altamira Hong Kong International Guitar Symposium, the Volterra Project in Italy and the Guitar and Lute Festival in Sweden.

Incontestably, these two musicians are accomplices… they played a varied and rich repertoire to perfection.