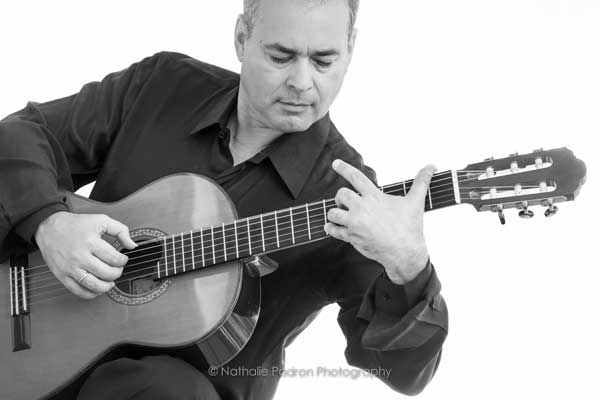 Cuban born guitarist, Rafael Padron, began studying the guitar at the age of eleven. He attended the National School of Art in Havana, Cuba, where he completed his studies with the distinguished Argentinean teacher and performer, Victor Pellegrini. In 1986, he was awarded a scholarship to study at the Advanced Institute of Art in Havana, where he graduated with a degree in music in 1991, receiving the “Student of High Achievement” award. He has studied in Master Classes with such artists as composer Leo Brouwer, guitarists Maria Luisa Anido, Alvaro Pierri, Costa Cotsiolis, and David Russell.

Mr. Padron graduated from the Peabody Conservatory of the Johns Hopkins University in Baltimore, MD, where he has completed his Graduate Performance Diploma on a full scholarship, under the tutelage of world-renowned guitarist Manuel Barrueco. Mr. Padron accomplished his Masters Degree Diploma at the University of Miami in December 2005.

Currently, he is the Chair of the Guitar Program at the University of Miami Frost School of Music

“Tuesday’s first concert was an all-Brouwer affair by Rafael Padron. Displaying beautiful tone, immaculate technique, and superb musicianship, Padron made it clear that guitar students at the University of Miami are in good hands.”