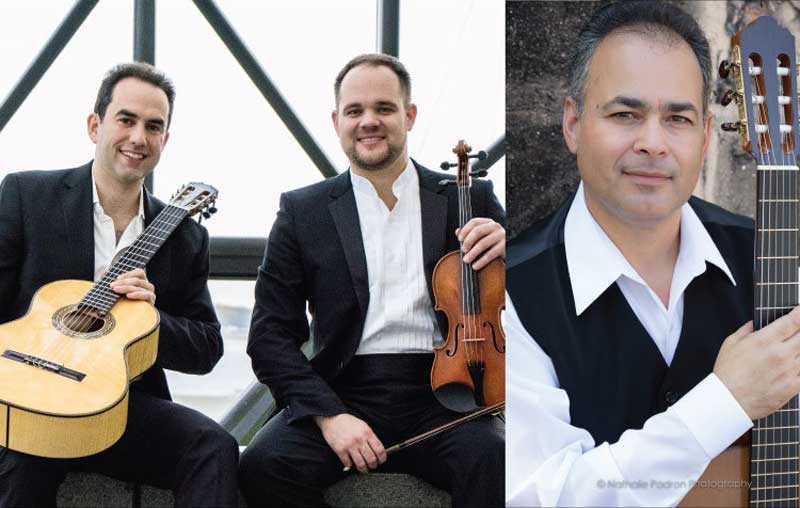 Currently, he is the chair of the Guitar Program at the University of Miami Frost School of Music as well as the Artistic Director for the Florida Guitar Foundation. The duo is a refreshing addition to the chamber music world, offering an approachable yet sophisticated combination for all chamber music audiences.  By forging relationships with contemporary composers, Duo Sonidos has forwarded the mission of expanding the duo repertoire. As international prize winners, Levin and Knuth have performed worldwide, been honored as US Fulbright Scholars in the field of music performance in Madrid, Spain and Vienna, Austria respectively and have released recordings to international critical acclaim.

William Knuth, Violinist
has earned recognition for his artistry as a solo and chamber musician and has been praised by American Record Guide for his “perfect intonation, wide range of timbre…expressive phrasing, and great sensitivity”.  Mr. Knuth spent two years as a Fulbright scholar in Vienna, Austria studying at the Vienna Universitat fur Musik und darstellende Kunst.  He was a featured performer multiple times for members of the United Nations Council as well as foreign ambassadors from Russia, Spain, Germany, and Austria.

Adam Levin, Classical Guitarist
has performed worldwide and been praised for his “visceral and imaginative performances” by the Washington Post.  Levin has performed extensively across the United States at renowned venues such as Chicago’s Pick Staiger, Nichols, and Mayne Stage concert halls as well as at the prestigious Art Institute of Chicago; Boston’s Isabella Stewart Gardner Museum, the Museum of Fine Arts, and Jordan Hall; Spivey Hall in Atlanta; repeat appearances at Le Poisson Rouge in New York City; and Kennedy Center in Washington, DC. In Europe, Levin has performed in some of the finest venues across Spain, and in Italy, Germany, and Switzerland.  In the 2017-2018 season, Levin makes several debut solo, chamber, and orchestral appearances in China, Finland, and Ireland as well as return appearances in Brazil and Spain.  Adam Levin’s live performances have been featured nationally numerous times on NPR’s Performance Today, the nationally syndicated Classical Guitar Alive, and studio performances on top radio stations including WFMT Chicago and WCRB Boston.