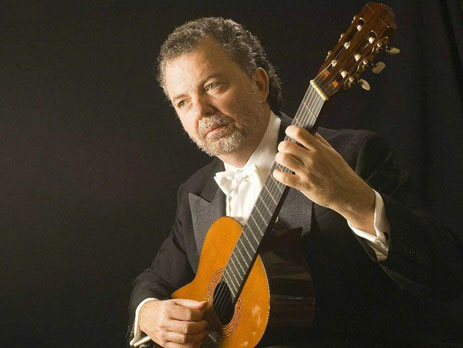 Grammy Nominated Manuel Barrueco is internationally recognized as one of the most important guitarists of our time. His unique artistry has been continually described as that of a superb instrumentalist and a superior and elegant musician, possessing a seductive sound and uncommon lyrical gifts.

His career has been dedicated to bringing the guitar to the main musical centers of the world. During three decades of concertizing, he has performed across the United States from the New World Symphony in Miami to the Seattle Symphony, and from the Hollywood Bowl with the Los Angeles Philharmonic to New York’s Lincoln Center.