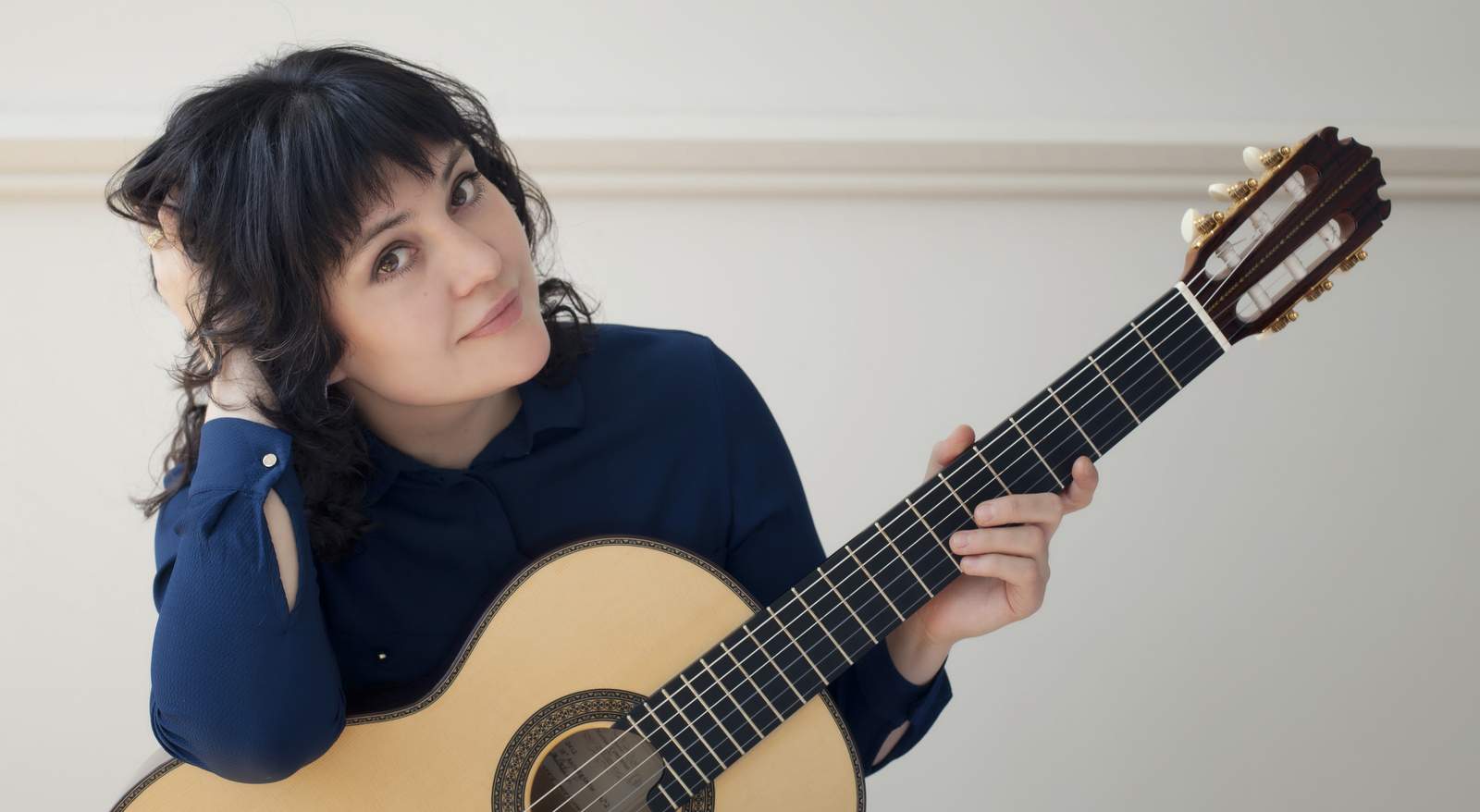 Unanimously acclaimed for the rare beauty of her tone and her enchanting presence on stage, Irina Kulikova has established herself as one of today’s leading guitarists. Soundboard Magazine wrote: “Some of the most sheerly beautiful playing I have ever heard.” And Luz Leskowitz, director of the Salzburger Schlosskonzerte in Austria, that accompanied her in concerts for royal and aristocratic families in Europe: “Wherever she performs, she plays herself into the hearts of her audience.”

Irina Kulikova tours far afield, with appearances at leading festivals in Europe, North America and Asia and in concert halls such as the Amsterdam Concertgebouw, the Tchaikovsky Hall in Moscow, the Palau de la Musica in Valencia, the Musashino Hall in Tokyo and the Oriental Arts Center in Shanghai. In the USA, she performed for major festivals and societies including Austin, Cleveland, Chicago and Dallas.

The daughter of a Russian cello pedagogue, Irina Kulikova combines an effortless virtuosity with a profound sensitivity when she is phrasing the voices of great composers like Bach, Chopin, Debussy, Barrios and Piazzolla. ‘Few can tell us something so special as she does’ (Carlo Marchione). She gained critical acclaim for her fourth solo CD – ‘Reminiscences of Russia’ – introducing some highly romantic Russian compositions to an international audience, including the breathtaking ‘Swan Princess’, that Konstantin Vassiliev dedicated to her.

Irina Kulikova received over 30 awards for her artistry, including 1st prizes at the highly prestigious competitions of Michele Pittaluga in Italy, Guitarra Alhambra in Spain, Forum Gitarre Wien in Austria and Iserlohn in Germany. She resides in The Hague (The Netherlands), Los Angeles (USA) and Salzburg (Austria). An ambassador of pure and heartfelt performing, she inspires guitar students in masterclasses all over the world with her personal motto: It’s about the touch.